Best Self Storage in Vancouver - Find the perfect storage units near you.

Looking for affordable and professional self storage in Vancouver ? Here’s how we help. We’ve built a list of curated storage units that you can trust, based on consumer reviews from around the web and quality or equipment and services. Trust us to find you the best self storage near you in Vancouver. From self-storage, valet service storage or simply storage units, you can trust these companies with your most loved items.

MovingWaldo is Canada’s #1 Free Moving Concierge Service. Since 2016, we help millions of Canadians tackle moving tasks in minutes. We care to take the stress away from moving by offering free tools, tips and tricks and referral of service providers that you can trust. MovingWaldo is everything moving under the same roof!

How are storage units and facilities selected?

Our network of storage partners is carefully built based on professionalism, quality of facilities and services, awards and social proofs from customers. We care to help you through the maze of information the web provides about this storage industry. You can trust the companies listed here to store your belongings safely!

Are you a good storage company?

4.7 stars based on 118 reviews from around the web

Get one month free storage when you reserve with NationWide Self Storage.

NationWide Self Storage is home of the $69 sky locker and Vancouver’s newest and most secure self-storage facility. Beyond security and convenience, customer satisfaction is at the heart of their business, demonstrated by their excellent Google Rating. The 1223 East Pender Street self-storage facility is a four-story, 58,500 sq. ft. structure that features modern architecture design, state-of-the-art built-in security with access control features. Conveniently located with easy access to East Hastings Street, Clark Drive or Pender Street, the building is situated a mere 5 minutes from central downtown Vancouver, making it one of the closest self-storage facilities to the downtown core. Whether you need to store your personal items or expand your business, they offer a wide range of unit sizes to meet your needs.

Why Should I Choose this Storage Company?

For an easy and convenient storage solution in Vancouver, NationWide Self Storage is an option
of choice. With many amenities available, it is easy to customize your locker so that it suits your
needs. Whether you need storage to declutter your home or to store document, your goods will
be safe and secure, ensuring peace of mind.

4 stars based on 154 reviews from around the web

With approximately 225 locations in three countries, StorageMart began with a single store in Columbia, MO and is now the largest privately-owned, family-operated storage company in the world. Dedicated to providing clean, well-lit storage units, and friendly customer service, StorageMart is led by the Burnam family, which has been in the storage industry for four generations. Through the “Store it Forward” charitable giving program, StorageMart gives back to the many communities it calls home.

Why Should I Choose this Storage Company?

This storage company prides itself on customer service and it has the national recognition to back it up. Awarded Newsweek’s Best Customer Service Company, StorageMart offers convenient, 24/7 access to friendly self storage experts who are always ready to help you.

4.9 stars based on 81 reviews from around the web

BigSteelBox is a Canadian-owned and operated storage company that makes moving and storage feel better! They rent and sell portable storage containers in 8′, 10′, 20′ and 40′ for storage at your home or at one of their secure locations. BigSteelBoxes are actually shipping containers, so they are weather and rodent-proof and come equipped with a steel Lock Box to protect your padlock from bolt cutters. Their service is extremely convenient because they bring the storage to you, so you only have to load and unload your items once.

From their storage facility in Langley, BC, they’re able to provide portable storage unit rentals and sales to residential and business customers in Vancouver, Surrey, Burnaby, and the entire Lower Mainland. Whether you need secure storage at home or on the job site, BigSteelBox can help.

Why do we recommend BigSteelBox for your move in Vancouver?

As a moving and storage container company, BigSteelBox is unique in its kind! They believe it’s their job to own your moving problem, reduce your effort, and care more than you expect. They genuinely care about giving their customers a great experience because they want you to feel better about moving.

With locations across Canada, backed by a Canadian call centre, BigSteelBox can help make your local or long distance moving experience feel seamless. When you move with a BigSteelBox moving container you’ll enjoy predictable pricing, extra time and flexibility to pack and unpack, and the built-in option of secure storage in between homes. Their caring staff will answer all your questions and do everything they can to put your mind at ease throughout the moving process.

880 Lougheed Hwy, Port Coquitlam, BC V3C 6K1 – Visit their website to find out all BigSteelBox locations.

4.5 stars based on 216 reviews from around the web

8866 Laurel Street, Vancouver, BC V6P 3V8 – Visit their website to find out all Sentinel Storage locations.

5.0 stars based on 21 reviews from around the web

Griffin Self Storage offers a state-of-the-art storage facility in the North Vancouver area. It offers a plethora of great amenities that are bound to appeal to individual customers and businesses alike, including a modern business center, video surveillance and individually alarmed lockers for your peace of mind. Which when combined with their excellent online reputation and reasonable prices, makes Griffin Storage a good choice for your storage needs.

Moving is often synonymous of stress, long administrative tasks and a significant waste of time and money. MovingWaldo helps you solve all these problems in just a few clicks! After some shameless self-promotion, we invite you to discover our free moving tools available to all.

We bring together more than 700 organizations across Canada with a single and simplified form.

Other Storage Companies in British Columbia

How much does it cost to store my belongings?

The cost of storage varies wildly depending on the type of storage, size required and the location. It can cost from a few dollars a month to store specific items, up to hundreds of dollars per month to store a whole apartment in a temperature regulated environment.

For example, if you need to store all your belongings for a month until your new home is ready, you can budget between 220$ up to 600$ for a 3 bedroom apartment. You can find more price ranges on our full article about the cost of storage here.

How much does it cost to store:

These are only approximate prices. Prices may vary depending on many factors.

Should I rent a self-storage unit or use a valet storage to store my belongings between two moves?

What to look for in a storage unit?

There are many things to consider in the selection of a storage unit, including:

Does my home insurance cover my belongings in storage?

Will I be able to access my belongings at all times?

This will depend on the storage company. Some self-storage units have 24/7 access, while others have hours of business. If you go with a valet service storage company, you might need to plan in advance to have your items brought back to you.

Can I store anything in a storage unit?

Items prohibited in a storage unit are usually:

If it doesn’t feel right, it is probably wrong!

How much does it cost to store:

Relevant for your move 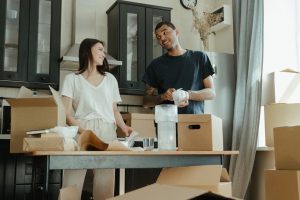 11 Essential Moving Day Tips and Hacks Moving day isn’t the best day of the year. Yet, the thrill of moving to a different neighborhood and home can make it seem less burdensome. But, going through

How Much Do Movers Cost in Vancouver?

How Much Do Movers Cost in Vancouver? Moving requires a lot of preparation, time, and money. Due to moving being such a tedious task, a lot of people choose to hire movers in Vancouver rather than 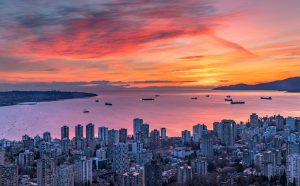 Everything You Must Know Before Moving from Toronto to Vancouver

Everything you Must Know Before Moving from Toronto to Vancouver There are several reasons why you need to move from one place to another. It could be for work, education, personal reasons, or you just want 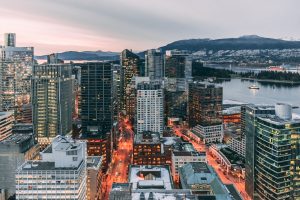 Vancouver is one of Canada’s most densely populated cities and of North America. Situated in the lower mainland, British Columbia, it has a population of over 2,581,000 and an area of about 115 Km2. It is Canada’s third-largest metropolitan city as well as the most ethnically and linguistically diverse cities. The city has constantly been named in the list of top 5 worldwide cities for quality of life and livability. 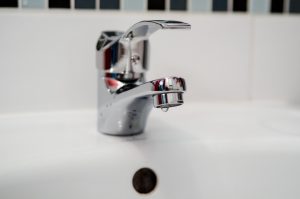 Top 5 Plumbers in Vancouver – Find The Best Licensed Plumbers in your area Plumbing issues are most of the time uninvited. Plumbing problems are not only disruptive but can be disastrous if not handled instantly. 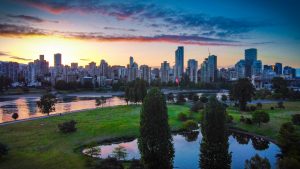 Moving to Vancouver: Our Guide for Newcomers

Moving to Vancouver: Our Guide for Newcomers! Vancouver is located in the southwest corner of the coastal province of British Columbia. There’s so much to see and do in this city. Vancouver was named after Captain

Check out MovingWaldo’s free moving platform and find everything you need for your move. No sign up required!

Check it out
Tagged British-ColumbiaVancouver

Get listed on MovingWaldo

Talk to our experts about your moving project.

Great ! Expect a call shortly. Our moving expert are available during business hours, Monday to Friday 9AM to 5PM EST.